A sentient rover lost and alone on an abandoned mining asteroid colony searches for answers to questions like, “Why the heck am I even ALIVE?!” This is the stage setting for  Gears of Eden, the space robot survival game from indie startup, Cubit Games, just freshly launched on Kickstarter. 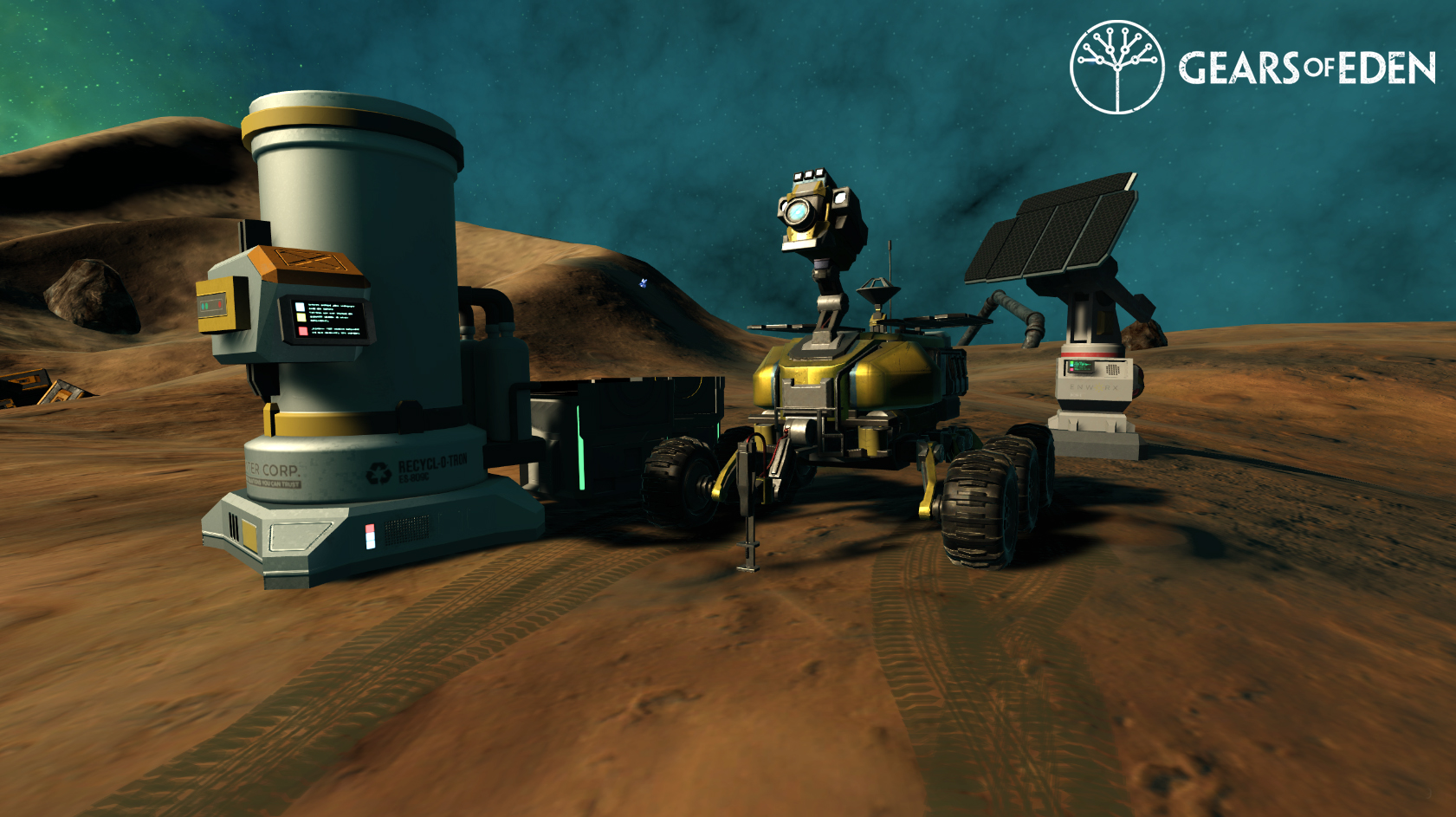 Fans of survival games, listen up! While new to Kickstarter, GoE has been in development for over five years and has a free Alpha demo on Steam and Itch.io with the core mechanics of exploration, survival, crafting, building, combat, and lore discovery all in place - creating enough content for several hours of gameplay. It plays a bit like Valheim, but with sentient robots in place of vikings, battery management in place of food and stamina, and a fully 3D spherical asteroid environment (think Mario Galaxy, but less cartoony and much bigger) in place of mountains, plains, and swamps. It’s also been accurately described as WALL-E meets No Man’s Sky.

A focus on narrative really helps Gears of Eden stand out as a survival game. As you rumble across the rocky asteroid surface looking for ore deposits to mine, little clues begin to emerge. You aren’t the only sentient machine out there! In fact, these machines have been “waking up” for hundreds of years and forming their own civilization. Oh, and humans aren’t really around any more - in this distant future, they are remembered only in myth and legend - although some robots believe them to be responsible for their sentience, while others attribute the gift of life to an all-powerful machine god that will one day return.

The truth is out there. Somewhere. Ready for you to discover as you upgrade your parts and explore further out into the more treacherous territories of the bug-infested spacer rock. Yes. I did say bug-infested! You’ll need to figure out how to combat some nasty space critters along the way, but eventually you will be able to escape the cursed asteroid you wake up on. Or, at least, that’s the premise Cubit has planned for Gears of Eden.

Gears of Eden will be available on Kickstarter until March 17th, and includes reward ranging from $10 for access to the full release, to $750 for a hand-painted 3D printed robot - with lots of levels in between. If you’re a fan of survival games and sci-fi narratives, this is one to keep an eye on! Here are just some of our rewards: 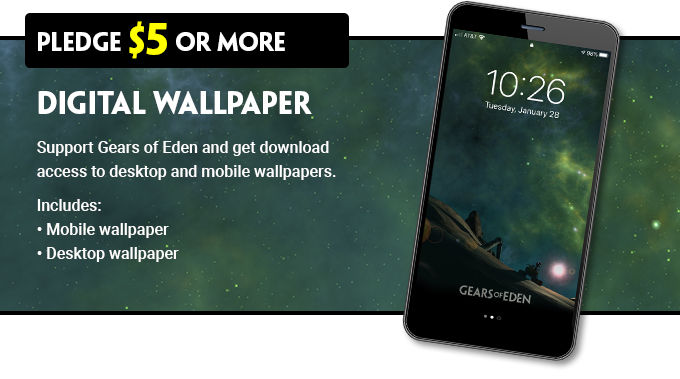 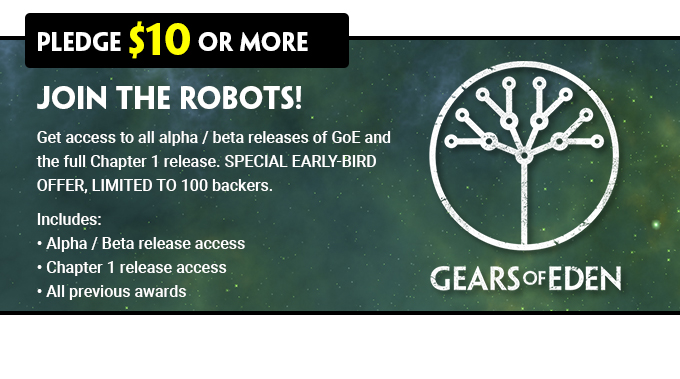 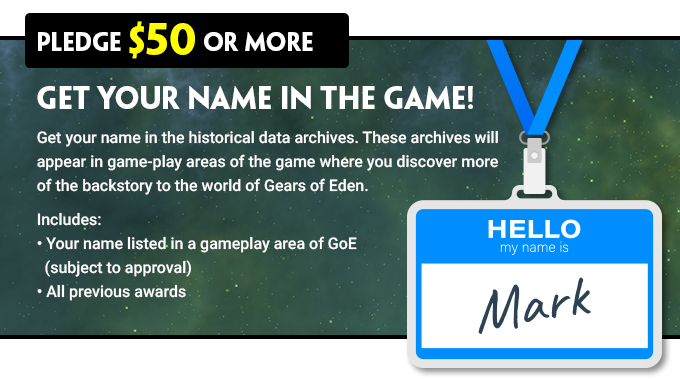 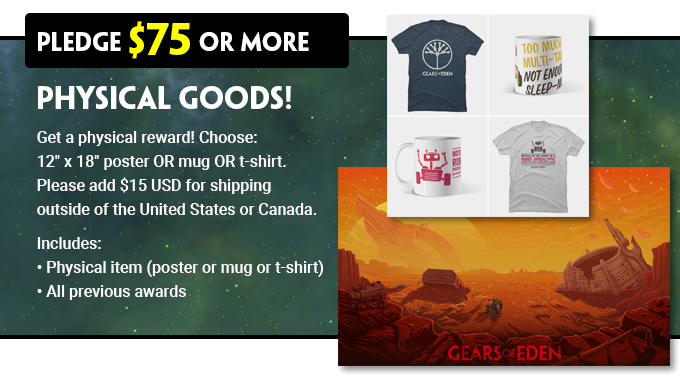 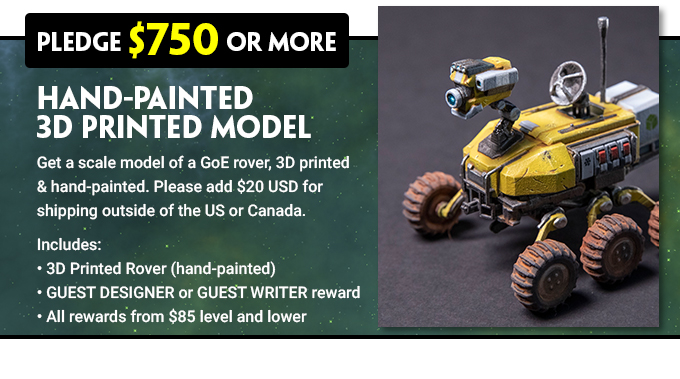 Get Gears Of Eden - Alpha 2